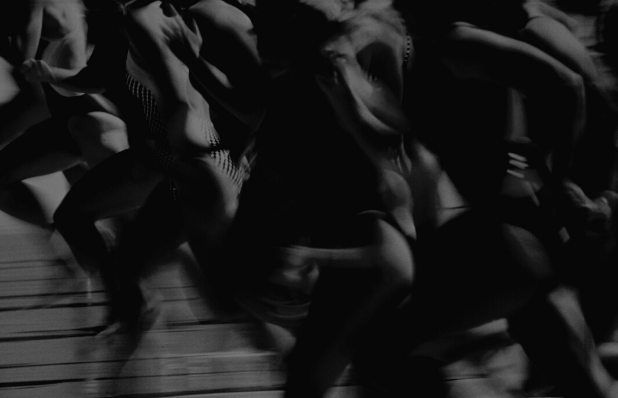 I’ve been reading through the book of Acts over the last several weeks. Much of the last 2/3 of the book is about Paul’s missionary journeys around the Mediterranean. I’ve read Acts before, but this time through, I’ve been focused on trying to put myself in Paul’s shoes, and doing a lot more research about exactly where he went, how he got there, how long he stayed in each place, and the periods of joy and hardship that he faced.

What has struck me most is Paul’s determination, love, and steadfastness. He clearly took Jesus’ Great Commission (Matthew 28:18-20) to heart, going to more than 30 cities to bring the Gospel to both Jews and Gentiles. He spent days, weeks, months, and even years in each city nurturing and teaching old and new believers alike, making disciples that could carry on this mission. The Spirit moved strongly through Paul and his companions, and many, many new believers came to know Jesus and the promise of salvation through Paul’s ministry.

At the same time, Paul faced all sorts of opposition along the way. I can’t imagine the mixed emotions he must have felt. This is depicted well at one of Paul’s first stops on his first journey, in Antioch in Pisidia (modern day Turkey). Paul is asked to give a sermon, and basically tells the sweeping narrative of God’s work through the people of Israel, culminating his message with “the good news that what God promised to the fathers, this he has fulfilled to us their children by raising Jesus…Let it be known to you therefore, brothers, that through this man forgiveness of sins is proclaimed to you, and by him everyone who believes is freed from everything which you could not be freed by the law of Moses” (Acts 13:32-33; 38-39).

After this sermon, the people begged to hear more of this gospel message, and the following week, the whole city showed up to hear Paul speak. Acts 13:48 tells us that when the Gentiles heard this message, “they began rejoicing and glorifying the word of the Lord, and as many as were appointed to eternal life believed. And the word of the Lord was spreading throughout the whole region.” What an amazing testimony to the power of God’s word and the people’s response to the gospel. But in the next verse, we see the next part of Paul’s roller coaster, as the Jews, who were jealous of Paul and his transformational ministry, incited persecution and drove Paul out of the city.

We see this exact same scenario play out numerous times in Paul’s journeys. Tremendous, life-giving messages lead many people to know Jesus as their Savior, followed quickly by persecution and violent acts by those who opposed Paul. I think many of us would have given up after this first experience of being chased out of a city by angry people. Why risk our lives when we can likely find a happier, safer place to share our faith?

So, I ask myself, what motivated Paul? Why was he able to keep going? The word that keeps popping into my head is PURSUIT. Paul reveals the motivation behind his actions and attitude in the letters that make up much of the New Testament:

I have become all things to all people, that by all means I might save some. I do it all for the sake of the gospel, that I may share with them in its blessings. Do you not know that in a race all the runners run, but only one receives the prize? So run that you may obtain it.  1 Corinthians 9:22-24

Not that I have already obtained this or am already perfect, but I press on to make it my own, because Christ Jesus has made me his own. Brothers, I do not consider that I have made it my own. But one thing I do: forgetting what lies behind and straining forward to what lies ahead, I press on toward the goal for the prize of the upward call of God in Christ Jesus. Philippians 3:12-14

Pursue righteousness, godliness, faith, love, steadfastness, gentleness. Fight the good fight of the faith. Take hold of the eternal life to which you were called and about which you made the good confession in the presence of many witnesses. 1 Timothy 6:11-12

For I am already being poured out as a drink offering, and the time of my departure has come. I have fought the good fight, I have finished the race, I have kept the faith.  2 Timothy 4:6-7

There is athletic imagery in these passages; I feel Paul’s almost physical strain to respond to Christ’s love for Him by going after others so that they may also know God. As a former track competitor, I find myself both relating to this message, and motivated by it. In high school, my coach would run me through a pursuit drill that he called attack, where I ran repetitive 400-meter (1 lap) intervals, but with a twist. He would line up 4-5 of my teammates in front of me, and start them one-by-one, about 1 second after the other. I started last, and the command that he gave me was to catch and pass every one of them. The idea was to give me targets to pass to keep my eyes up, and progressive motivation to run hard and fast the whole way around that track. It was an effective tool, in part because it is an advantage to have somebody to chase, but also because if I didn’t catch everybody, I’d have to do it again. My coach was trying to teach me the tactic that Paul describes in Philippians 3: focus on what lies ahead, since that is what I can control and where I can achieve victory; not on what is behind. I was effectively pursuing my physical limits by pressing on toward the goal of crossing the finish line first.

I want to be able to say what Paul writes to Timothy: that I have fought the good fight, I have finished the race, I have kept the faith. That I have loved my wife, my family, my friends, my co-workers, and even strangers because God first loved me. That I have pursued God and pursued others using the gifts that God has given me.

I don’t think that we have to travel all over the world to pursue people like Paul did. With that in mind, I’ll conclude this post with a few questions, and also some words that have encouraged me.

Am I pursuing God?

Who has God put on my heart to pursue?

Am I pursuing them, and do they know that they are loved and pursued?

Can I say that I am fighting the fight, running the race, and keeping the faith?

If so, am I depending on God?

If not, what is holding me back?

As I wrestle with these questions, a passage that has encouraged me is Psalm 139. I encourage you to read it in whole, but I specifically share verses 7-10 below, as they remind me (and hopefully you) that we can be confident in taking risks to pursue God and others because He first pursued us. He created us, sent His Son for us, loves us, and wishes us to join Him in heaven for eternity. I pray that you may know this divine love and make it known to others.

Jon is a Covenant Member and part of the Southside House Church.

Not a Casual Relationship